May 26, 2021
by granitewordpress
Product News

Hamilton’s LEDstat dimmer is in the process of being considered for a product award with Lux Live which is a UK lighting industry magazine.

As part of the award procedure the LEDstat dimmer had to be independently tested by their nominated third party. Attached is a very positive report which is published in the July 2014 edition of the publication. 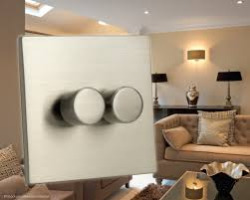